Lo Expectations: The Year of the Metal Ox 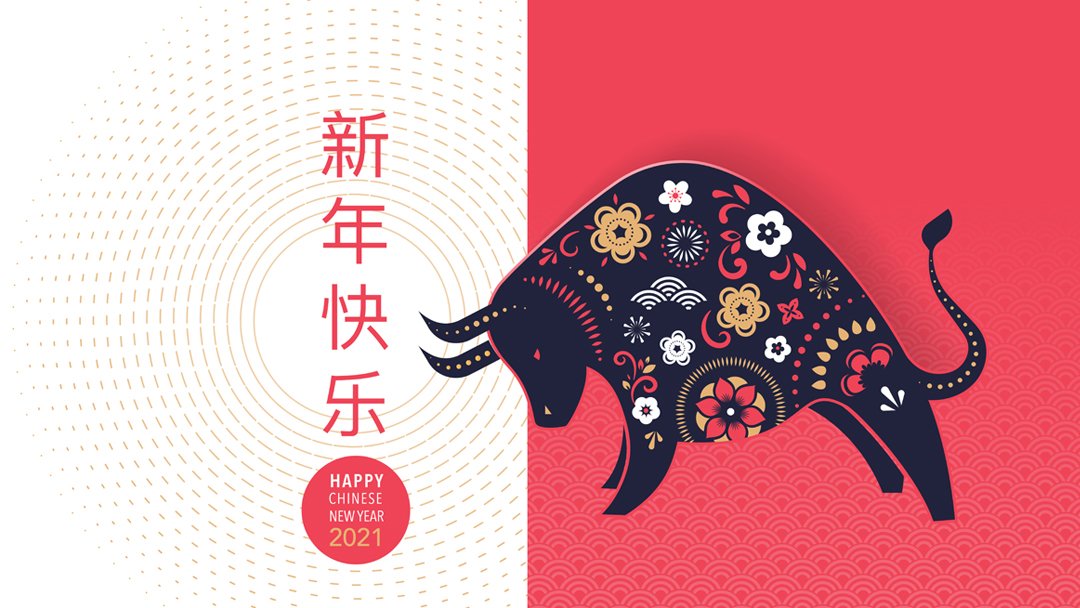 Most futurists have no appetite for predicting the future, but Grand Master Lo has an all-inclusive buffet of predictions for the Year of the Yin Metal Ox, and it doesn’t look very appetising. Is it a crisis? Or like Lunar New Year, just the liminal period that will shape our transformation?

I know technically that’s only one reason, but it’s such a big one that I thought it was probably worth mentioning twice, because despite the widespread failure fetish amongst the futurism, innovation, hypergrowth and tech-utopian community that work in the Tomorrow Factory, most on the production line are smart enough to know that stupid isn’t a good look. So when it comes time to forecast what the new year holds in store they tend to play it safe. The Christmas and New Year flurry of clickbaitey top ten lists of what to expect in 2021 are usually confined to pedestrian extrapolations of where current tech, markets and geopolitics are comfortably in range of taking us.

That’s broadly the case for the 2 billion or so who celebrate Christmas and New Year on 25th December and 1st January respectively. For us, New Year is one evening, actually one second, when champagne corks pop and if you’re very lucky someone tries to wrench your arms out of their sockets whilst yelling Auld Lang Syne in your ear, and if you’re not they try and snog you. So it’s easy to forget that there’s another 2 billion plus people for whom New Year is a completely different proposition.

Today marks the Lunar New Year which, though muted again this year, in normal times gives rise to the greatest human migration on the planet as people stream back to their ancestral homes, villages and families in preparation. And whereas in the West people don’t care much whether their futurists are bashful about making predictions or not, for those forecasting the Lunar New Year of the Metal Ox the bar is set considerably higher. From health to money, what windchimes to hang and auspicious days to make romantic or material investments these forecasters nail their colours to the mast with a degree of vim and brio which leaves me breathless with admiration.

At this level of detail the risks of looking stupid rise exponentially, yet year after year, whether it’s of the rat, the monkey or the dragon these guys are fully prepared to wind up making a dog’s breakfast of it. If predicting the future was a plate of bacon and eggs, your western futurist is the chicken, whilst the eastern one is the pig: the chicken is involved, but the pig is committed. And no greater pig have I yet found than Raymond Lo.

According to his bio, Raymond – or to give him his full title Grand Master Fung Shui Lo – is one of the most sought-after professional Destiny consultants in the world and a brief look at his track record indicates why. Raymond has apparently accurately predicted everything from the Gulf War to the breakup of both Tom Cruise’s marriages. For those of you who suspect I may be nursing some professional jealousy here then you’re absolutely right. According to his website, ‘Most recently he correctly predicted the two young men responsible for the Boston Marathon Bombing and the 2013 U.S. stock market recovery.’ Fairplay to the man. I didn’t even realise they were the same people.

So you’ll be unsurprised to know that Raymond has an all-inclusive buffet of predictions for the Year of the Yin Metal Ox. And it doesn’t look very appetising. For starters we have disharmony, conflict, assassination and terrorism, followed by a selection of environmental disaster main courses including earthquakes and landslides with a side of sea and air tragedies, a tempting range of persistent world epidemics for pudding, and all washed down with free pour brute-force and cold-blooded killing.

“As the world economy continues to decline, the atmosphere of distrust will lead to more social unrest, political struggles, international tensions, assassinations, subversions, and coups,” Grand Master Lo tells us. “People may choose to resort to violence in achieving their ideology and bring about more protests, demonstrations, and anti-government sentiments.”

Lo’s bleak assessment is derived from the Four Pillars of Destiny a famous fortune telling system based on the Chinese Hsia calendar and the Sexagenary Cycle. According to this system everything repeats in 60 year cycles, so in order to understand what’s ahead you just need to look back.

As Lo points out, 1961 was also a Yin Metal Ox Year as the new U.S. President John F Kennedy – coincidentally also born on a Yin Metal Day – struggled to contain an escalation in global tensions between the U.S and the U.S.S.R. From the erection of the Berlin Wall, to the Bay of Pigs and the beginning of American involvement in Vietnam these tensions continued to ratchet up towards the Cuban Missile Crisis which took the world to the brink of nuclear war.

As it was in 1961 crisis seems to be the plat du jour. In which case you might reasonably have expected Raymond to be more upbeat. After all, it was Kennedy himself who explained in a 1959 speech that the word for crisis “wēijī” in Chinese had a hidden, deeper meaning. “The Chinese use two brush strokes to write the word ‘crisis.’” Kennedy said. “One brush stroke stands for danger; the other for opportunity.”

As millions of google search results will attest, this one insight into the translation of wēijī provides the underpinnings for a lot of the Tomorrow Factory production line. In the words of Victor Mair, a professor of Chinese language and literature at the University of Pennsylvania, “It appears, often complete with Chinese characters, on the covers of books, on advertisements for seminars, on expensive courses for “thinking outside of the box,” and practically everywhere one turns in the world of quick-buck business, pop psychology, and orientalist hocus-pocus.” You go, Victor. Problem is that it’s untrue. Or as Professor Mair prefers to describe it, spurious and grossly inaccurate.

The truth is actually far more insightful. In an essay originally published in 2005, Victor explains that this translation of wēijī is incorrect. The jī of wēijī, in fact, means something closer to incipient moment, a crucial point when something begins or changes.

That is the true definition of crisis, which reminds us that we haven’t just mistranslated the Chinese version, we’ve somehow mislaid the English meaning too. Crisis is neither the good or bad outcome, it is the threshold betwixt and between. It is the period during which things could go either way.

There’s another word for that. It’s called a liminality and it’s deeply associated with human rites of passage, transformation and rituals often connected to astronomical and lunar cycles. Today, as we have for millennia, individuals will undergo the ritual of transformation at Lunar New Year by going into the festival as one person and coming out as another. We look backwards to ancestors and heritage, then forward to new relationships, marriages and blessings for children as yet unborn. In China people have both a real age and a lunar age, making New Year a huge collective rebirth, underlined by the Lantern Festival, when the lanterns released represent individuals letting go of their old selves and becoming a new person for the new year.

Liminal periods such as this remain deeply important and significant for humans on an individual and societal level and never more so than now. Our global civilisation is entering a liminal period, a gap, a pause, a threshold of the future when the certainties of the past have been dismantled, but what will replace them has yet to be determined.

In liminal periods individuals have outsized opportunities to create positive, lasting change. But they also have the capacity to create disaster. Raymond is right to characterise our current time as a crisis in the strictest sense of that word, and he’s also right to point out the very real dangers of societies taking refuge in outdated ideologies, religious and now technological eschatology instead of carefully distinguishing between emerging needs and eternal truths.

In a liminality we face both ways, we have to weigh the past and the future by separating ourselves from both, whilst at the same time acknowledging that one day we will be the ancestors, with all the responsibility that entails. Because as I am fond of saying, the future isn’t something we consume, it is something we create, and we create it equally through action and inaction.

The Chinese do have a saying about that. A real one. It says that the mark of a great society is one where old men plant trees under which they will never sit. And as another American President observed, some generations need to put in more shovel time than others. In his re-nomination acceptance speech in 1936 Roosevelt said, “There is a mysterious cycle in human events. To some generations much is given. Of other generations much is expected.” Roosevelt went on to warn that his generation of Americans had a rendezvous with destiny. And so do we. If we allow distorted value systems and exhausted ideologies to persuade us to continue cutting trees down rather than planting them, then Raymond’s predictions may ultimately come true. And fond as I am of Raymond, that would be a really, really bad thing.

So if you are celebrating Lunar New Year, and even if you aren’t, I send you my warmest wishes for the Year of the Metal Ox.

Enjoy the dumplings, then let go of the lantern, and grab a spade. 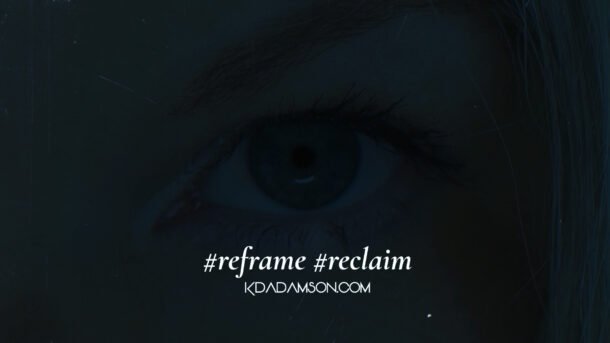 Join K D's mailing list to receive the latest news, updates, articles, videos and future thinking from Quadrant 4 and beyond.

Thank you for registering for updates from K D Adamson. You can change your preferences or unsubscribe at any time

K D Adamson uses Campaign Monitor to store your email addresses and send you email updates. You can access this account and update your preferences or unsubscribe at any time.